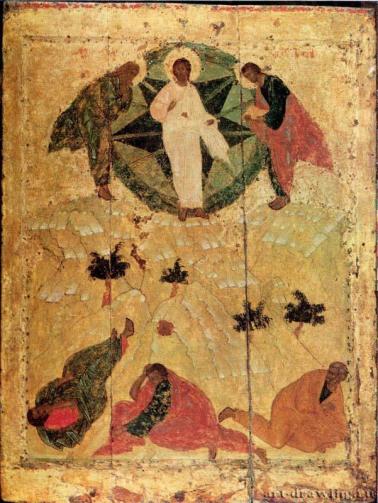 Some folks think I should believe in him because he did magic tricks, because the Bible says he did.

Some folks think I should believe in him because they can argue convincingly that he got up after he died, and someone said that lots of people saw it, and it’s reported in the Bible.

Some folks think I should believe in him because if I don’t, bad things will happen to me.

As a kid, I tried believing. I tried with the same effort that kids try during Peter Pan, when Peter tells the audience if they just clap their hands and grit their teeth and put some effort into their belief, they can keep Tinker Bell alive. Even the adults get a little weepy when the fading spotlight suddenly grows brighter and we all cheer that fairies are real, and Tinker Bell is alive.

None of that stuff ever convinced me to believe in Jesus as the Son of God. I couldn’t do it. My belief engine simply couldn’t sustain itself with such weak fuel. The occasional mystical experiences I had with God could only take me to about 80% certainty. My faith could only aspire to mustard-seed size.

I was in grad school, taking a class on the parables with David Buttrick. I learned a lot in that class. I learned that Jesus occasionally used strong language (like in the parable of the fig tree). I learned that he was deliberately provocative (like when he healed chronic sickness on the sabbath).

One day he told the story of the Good Samaritan. He described how all the audience chuckled along with the skewering of the religious leaders as first a priest, then a scribe, walk on by an injured man in need of help.

The third person is the foreigner you hate.

I’ve often said it would be like going into a fundamentalist church in the south and telling the story this way: The first person to pass by is a Catholic. The second is a Baptist. The third… the third is one of us good Methodists, right?

The third is a Muslim.

In order to answer a question about which religious commandments we should follow, Jesus answers, “Why don’t you try to be more like a good Muslim?”

And if you can imagine the audience’s reaction, then you probably understand why some folks wanted him dead. People wanted to throw him off a cliff. To shut his mouth, to silence him, to call him a glutton and a drunkard, to crucify him. What do you expect from someone who hangs out with tax collectors and prostitutes?

That’s when I knew for sure, in my heart, that God was speaking through Jesus’ mouth. That guy right there, the one punched and shoved out of the political rally, the one who hears the doors of the church slam behind him—that guy is God in the flesh. No doubt. It was a revelation. I saw God.

Sometimes I imagine the second coming. When she returns, with what flesh will the logos wrap herself? All the boys looking at the sky straining for a view of a white bearded Jesus are going to get their feelings hurt if the Jesus of the gospels is in charge. This Jesus who talked about God as a woman looking for a coin or mixing yeast into bread—you think that Word is going to come wearing the flesh and garments of political and religious power?

But what if it’s already happening? After all, every week we take communion and claim that by feasting on the body of Christ, we become the Body of Christ, redeemed by his blood with the Spirit of Christ in us and among us. We ask to be made one with Christ, with each other, and in ministry to all the world. We proclaim a smart-ass gospel to a literalist world, a gospel that requires a different kind of seeing and hearing than conventional wisdom. I see my church doing that. They take that Word into themselves, and they speak that Word of hope and healing to a hurting world. They do so at the risk of their own flesh, sometimes. They make sacrifices to get the message out.

This Jesus presents a picture of God’s character that is so opposite what we normally think of as “religious” that I would leave everything I know to follow. This “yes!” in my heart echoes God’s “yes!” to me.

That’s why I believe in Jesus.

Our church has morphed into a network of house churches. It’s been a fascinating transformation to experience.

My biggest learning so far has been that I find it much more energizing to start new groups of people, new communities, than to try to get people to come and participate in an existing community. As long as we were focused on an attractional model of doing church, I felt tremendous pressure to make worship into a show.

Now, I like the showy aspect of worship. I love bringing our collective creativity as an offering and presenting it to God. I love Marva Dawn’s description of worship as a “royal waste of time.” Pageantry and excitement, drama, music and storytelling help make our time “royal,” and it’s time which has no value (a “waste”) to those who only measure its utility, including Christians who think that any time spent in God-directed worship is time stolen from feeding the hungry or solving the world’s problems. I still eagerly look forward to our monthly large-group gatherings, when the band rocks and we make worship into a party.

But there’s little more exciting than getting new groups off the ground. I love experiencing the relief they have when they can ask the pastor a direct question during worship, when they feel safe enough to share what they really want to pray about for themselves, when they develop the kind of community in which they want to take care of each other (instead of waiting for the pastor to do it). I like it when the best sermon illustration isn’t mine, but something that someone shares happened to them that very week. Discipleship is amazing to watch.

There’s also something about approaching church this way that really puts flesh on the parable of the sower. Planting new communities by flinging seeds into the wind, letting them fall where they may, is inefficient; but I’m seeing God grow the church this way.

The story of Deborah and Barak usually gets read in a very un-feminist way, in spite of the fact that she’s the only named female judge of ancient Israel (Judges 4:1-24). Preachers portray Barak as being too timid: he’s afraid to go into battle against Sisera’s army (4:8). He says to Deborah, “I will go if you go,” and the implied message of these interpretations is that if he would “man up,” then he would get the glory of killing Sisera. Instead, because Barak needs a woman to hold his hand, God delivers Sisera into the hand of a nomad woman (4:21).

This interpretation is a sleight-of-hand. It takes a story with a female hero and turns it into an object lesson about the dangers of giving up masculine strength and authority.

Some interpreters read this story in a more generous and less sexist way. They see Deborah and Barak as sharing power (the song in chapter 5 does name both of them as leaders), but Barak’s failing is that he does not adequately trust God. I’m not convinced by this reading, because I don’t really see why gender becomes a relevant point of their discussion in this interpretation.

I’m even less convinced by one alternative reading mentioned in the New Interpreter’s Bible Commentary, which says that Barak is “inviting Deborah to bless the military expedition.” Again, if that’s the case, why does it matter to Deborah who gets the glory, or whether they are male or female?

Instead, I approach this text with a question I’ve heard asked about other female leaders—how would Barak’s response be different if Deborah were a man? If a male prophet had told him to gather the troops and meet Sisera in the field, would he have hesitated? I think there is something other that distrust of God or benevolent invitation in Barak’s resistance. I think it’s a challenge: “Lady, it’s easy for you, to talk about going to war. But will you put your life on the line?”

Read from this direction, Barak’s failing is not cowardice, but sexism. He is insubordinate to Deborah in a way that he would not be to Gideon or David or Moses, because she is a woman.

From this reading, her response makes sense: “Fine, but the path you are following will not lead to your glory; God will sell Sisera into the hand of a woman.”

Deborah is willing to put skin in the game, to take the field of battle with the fighting men. But even she doesn’t deliver the killing blow. That service is performed by Jael (4:21), someone with even less power and standing, using a woman’s homemaker tools. Barak loses the glory of victory because he doesn’t trust a woman to lead him.

How would churches be different if this were the standard approach in sermons? 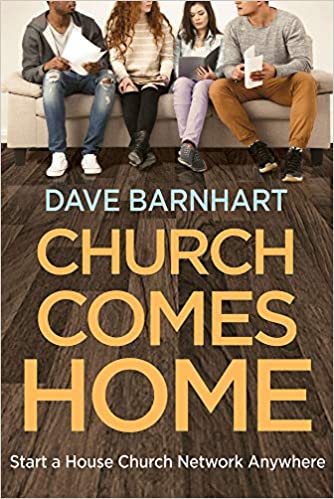