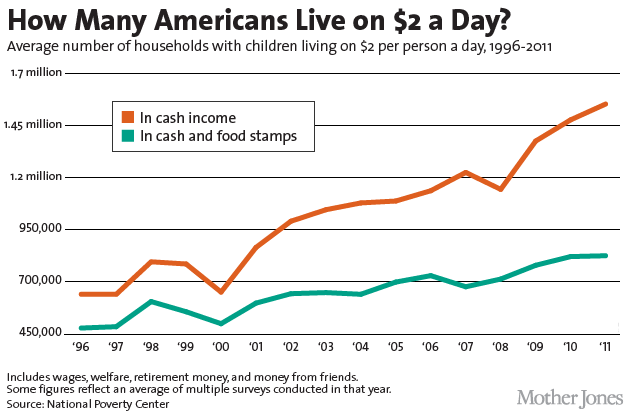 From Mother Jones: “How We Won—and Lost—the War on Poverty, in 6 Charts” from 2014. Click image for article.

Jesus raised his eyes to his disciples and said:

Happy are you when people hate you, reject you, insult you, and condemn your name as evil because of the Human One. Rejoice when that happens! Leap for joy because you have a great reward in heaven. Their ancestors did the same things to the prophets. (Luke 6:20-23, CEB)

There is so much here.

Prayer:
Lord of Love and Life, how do suffering and happiness coexist? Teach me solidarity with my siblings so that I may be truly happy.

1 thought on “The Sermon on the Plain: Happy are YOU”