When you hear the phrase “Lamb of God,” is the mental picture you imagine more like this: 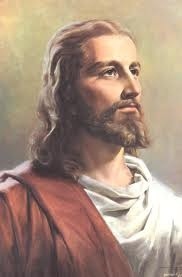 I was recently in an auditorium of thousands of people who were singing, “worthy is the Lamb!” and it occurred to me that among those thousands, there was likely not a single person who had actually ever butchered a sheep. I haven’t butchered a sheep, either. I think often when we hear Biblical metaphors, we think we understand what the authors are saying when we really have no earthly idea.

The whole idea of the sacrificial system is alien to most of us Christians. When we get our meat here in the U.S., it usually comes on a foam platter covered with plastic wrap. We do not see the act of slaughtering meat, the taking of one life to nourish another, as a sacred activity. Except for folks who are vegetarian or vegan for ethical reasons, most of us don’t think too much about how we get our meat. In the Gospel of John, John the Baptist points Jesus out to the disciples and says, “Look, there’s the lamb of God who takes away the sin of the world.” Paul talks about Jesus as the paschal lamb, which was slaughtered for the festival of Passover in memory of God’s victory over the Egyptians over a thousand years earlier. These guys clearly had in mind the concept of lamb, both as a living creature and as meat on your plate. We shouldn’t be shocked by the cannibalistic overtones: Jesus called himself “the bread of life,” too.

The author of Revelation is the one who spends the most time talking about Jesus as the Lamb of God. In his vision, when he sees Jesus, he describes him (paradoxically) as a lamb standing as one who had been slain.

It’s just another example of rich metaphors in the Bible that get emptied of their power and become clichés in the ham-fisted (lamb-fisted?) word smithing of preachers and worship musicians. If you want to imbue the metaphor with some of its lost rhetorical power, take your Christian and atheist friends to a middle eastern restaurant, order some shawarma or lamb kebab, and after taking bite, say, “MMMMmmmmmm… worthy is the lamb!” Those that laugh will get it. Those that look at you with horror might get it, too.

One of the things I look forward to doing in worship at Saint Junia, our new Birmingham church, is reclaiming the power of metaphors that have become clichés and insider-language for church folk. And if we sing “worthy is the lamb who was slain,” you can bet that I’ll have an image of a rotisserie on the screen.